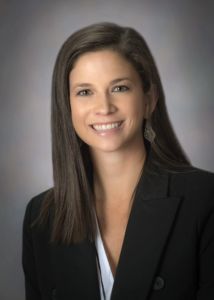 Tamrin Mahon graduated from Rhodes College in 2004 with a bachelor’s degree in business and economics, and in 2006 she received a master’s degree in accounting from the University of Central Florida. Her career started at PricewaterhouseCoopers here in Orlando in the audit practice. In this role she was involved in the audits of a number of public and non-public entities in a variety of industries. Some of the industries she has experience in include real estate, consumer products, entertainment, hospitality and healthcare, among others.  Tamrin obtained her CPA license in 2008.

Tamrin went on to continue her career at a Cable Network/Digital Media Company in Orlando as Senior Director, Finance where she managed the accounting and finance department and was responsible for various financial planning, reporting and analysis across the Company. During her tenure, Tamrin was the lead on several key initiatives, including due diligence and integration of company asset acquisitions, SAP  and other program implementations, various technical accounting matters and tax incentives.

In 2016, Tamrin became VP, Finance for the North Florida division of a national homebuilder. She led the Finance and Accounting department, including closings and land accounting. Tamrin was responsible for the financial aspects of feasibility submissions for land acquisitions and sales. She led financial planning, reporting and various analysis of WIP and overhead across the division.